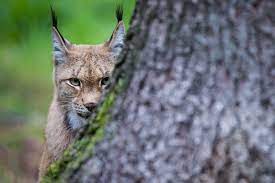 Cats are special and intelligent creatures, and a new study led by Dr. Saho Takagi at the University of Kyoto in Japan confirms this.

Takagi’s research reveals cats’ ability to track their owners as they move about the house, and show signs of a genuine surprise if their owners pop up where they don’t expect them.

These findings support the idea that cats retain a mental representation of their owners, even if they’re out of sight, which is a sign of higher cognitive processes that can include planning ahead and using imagination.

There have been studies in the past that suggested that cats search in the correct places if they see food disappearing and that they expect to see their owner’s face if they first hear their voice, but how these abilities were practiced in real life still evaded researchers. “It is [also] said that cats are not as interested in their owners as dogs are, but we had doubts about this point,” Takagi explained.

To explore cats’ cognitive capacities, Takagi and his team studied what happened when 50 domestic cats were individually shut inside a room while repeatedly hearing their owner calling their name from outside the room. Then, the cats were exposed to either a stranger’s voice or that of their owner coming from a speaker that was positioned inside the room they were in.

Human observers watched recordings of the cats’ reactions during the experiment and ranked the cats’ level of surprise based on their ear and head movements. It appeared that the cats only showed confusion and surprise when their owners’ voices were suddenly coming from the speaker inside the closed room, implying to the cats that their owners had somehow managed to teleport to get inside the room with them.

“This study shows that cats can mentally map their location based on their owner’s voice,” Takagi explained. “Cats have the ability to picture the invisible in their minds. Cats may have a more profound mind than is thought.”

That said, it’s not too much of a shock that cats possess these abilities. “That awareness of movement—tracking things they cannot see—is critical to a cat’s survival,” said Roger Tabor, a biologist, author, and presenter of the TV series Cats on BBC.

“A lot of what a cat has to interpret in its territory is an awareness of where other cats are. It is also important for hunting: how could a cat catch a field vole moving around beneath the grass if it couldn’t use clues, such as the occasional rustle, to see in its mind’s eye, where they are? A cat’s owner is extremely significant in its life as a source of food and security, so where we are is very important.”

“the moment I walk into a room,

i have kind of like the terminator’s tracking system for where the food is,

and i can get there immediately.