going to a movie theater counts as a light workout.

If your New Year’s resolution is to exercise more, your goal just got a lot easier.

Sitting through a film at the cinema could be considered light exercise, according to researchers at the University College London (UCL), who found that movie-goers often experienced heart rate increases equal to about 40 minutes of low-impact cardio.

The trip to the movie theater makes all the difference, scientists believe. Whereas film fans are easily distracted while watching at home, the unbroken concentration involved in seeing a movie at the cinema is the key to their finding.

“Cultural experiences like going to the cinema provide opportunities to devote our undivided attention for sustained periods of time,” writes UCL neuroscientist Joseph Devlin in the report. “In the cinema, however, there is nothing else you can do except immerse yourself.”

This means a movie night could be good for our minds, too.

“Our ability to work through problems without distraction makes us better able to solve problems and be productive,” he says.

The study, paid for by UK-based Vue Cinemas, observed 51 participants as they watched the 2019 live-action remake of “Aladdin,” with sensors tracking their heart rates and skin reactions during the film. Their results were compared to a group of 26 others who spent that same amount of time reading.

A normal resting heart rate is between 60 and 100 beats per minute. The results showed that those who spent 40 minutes in a movie theater reached a “healthy heart zone,” with rates landing somewhere between 40% to 80% of its maximum rate — about 95 and 160 beats per minute for an average middle-aged adult. This level of heart activity could be compared to brisk walking or gardening, researchers say.

Study authors also noted that moviegoers’ heart beats began to synchronize during the film, which may contribute to “a positive effect on our overall social connectedness.”

“A shared social focus not only has a proven link to greater bonding and empathy with others,” they write, “but also has been proven to reduce symptoms of loneliness and depression.”

According to Devlin, this sort of prolonged concentration could be a boon to anyone, especially those who feel constantly distracted by smartphones, tablets and social media.

“In a world where it is increasingly difficult to step away from our devices, this level of sustained focus is good for us,” he writes.

‘cinema is a great binding force for a nation.’

Australian comedian Celeste Barber has raised more than $26 million in under a week to help fight the deadly bushfires that have killed more than 20 people and scorched millions of acres. Over 946,000 people have donated to her Facebook fundraiser for the New South Wales Rural Fire Service & Brigades, which started just four days ago. “Please help anyway (sic) you can,” her appeal reads. “This is terrifying.” New South Wales has been hit hardest by the devastating blazes. […] 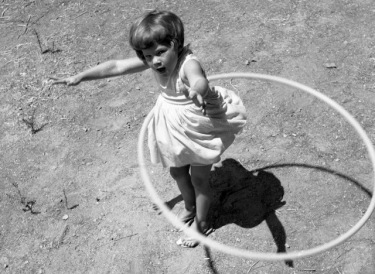 (not me, but someone who approaches things the same way I do)

my favorite quote or word to live by:

in every sense of the word.

picking up chinese food late in the day

restaurant was so busy

it was all a blur.

‘the Chinese do not draw any distinction between food and medicine.’

the master-chef sisters of hungarian strudel

“You need an egg, two spoonfuls of lard, and a pinch of salt, followed by flour, a dash of vinegar, and just enough warm water to create a dough with a dumpling-like consistency.” This is part of the traditional Hungarian strudel recipe that Ilona and Erzsébet, elderly sisters and lifelong baking partners, learned from their late mother. In their small village of Tura, an hour outside of Budapest, the sisters regularly bake the delicate pastry for up to 500 people for weddings and community events.

In the short documentary Strudel Sisters, directed by Peter Hegedus and Jaina Kalifa, Ilona and Erzsébet share how a family tradition evolved into a livelihood. Their quirky rapport may as well be part of the recipe—no strudel-making session is complete without bouts of bickering and singing.

“I loved the sisters from the first time I met them,” Kalifa told me, “and I knew straight away that we had to make a film about them. They are really special people with big hearts and a great sense of humor and just have this warm, grandmotherly feel, which instantly resonated with me.”

Authentic strudel-making is a dying art. It requires a certain moxie: the dough must be worked vigorously in order to activate the gluten, after which it acquires a threshold of elasticity, allowing the baker to stretch it until it’s tissue-thin and nearly translucent. Then, the filling—most commonly grated apple, brown sugar, lemon, and cinnamon—is added intermittently between the pastry layers.

While making the film, Kalifa and Hegedus were lucky enough to taste five different types of the sisters’ strudel. “My personal favorite was the cheese strudel,” said Kalifa. “Strudel is part of their DNA. They’ve been making strudel all their lives, and you can tell.”

“first bake the strudel, then sit down and ponder.”

A showcase of cinematic short documentary films, curated by The Atlantic.

this quote is found in children’s literature

but is a great reminder for all ages.

a beautiful day spent in chicago.

books, art, people on the street.

it is an interior process for me.”

I didn't have my glasses on….
Blog at WordPress.com.