my sis my friend and she was

Do not fear death… only the unlived life. You don’t have to live forever;

You just have to live. – Natalie Babbitt

i love this building, stuck right in the heart of our bustling and modern downtown. each and every time i walk by, i am drawn in once again, as i encounter its beauty, and especially its ‘and a half’ address. each time, i feel as mesmerized by it as i felt the first time i ever laid eyes on it.

a historic house known as ‘the shant’, (officially called “the hall of omicron”), it now serves as a meeting place for the university of michigan chapter of the delta kappa epsilon (DKE) fraternity, as well as the headquarters for the international fraternal organization and the gerald ford library.

architect william lebaron jenney, later known as the ‘father of the american skyscraper,’ designed the building. jenney came to ann arbor as a professor to found the architecture program at the university of michigan. the library is named after gerald ford, one of five presidents who were members of DKE. it houses books that were written by or about DKE brothers as well as memorabilia.

according to A Century and a Half of DKE, a history of the fraternity, (founded in 1855, 10 years after the first frats came to the university of michigan), the building was used only for fraternity ritual in its early years. the cornerstone was laid in 1878 and construction was completed the following year. an exterior eight-foot high brick wall was added in 1901, increasing the building’s mysterious appearance. it was used only for late night meetings, the gas-lit interior enhancing the building’s eeriness. today, the building still sticks out as somewhat eerie, especially in comparison with its new surroundings.

i like to imagine the secret late-night meetings, the rituals, the ghosts of times past, that still inhabit this special ‘half’ place, caught somewhere in between the past and the present.

‘my address is like my shoes. it travels with me.’ –  mary harris jones 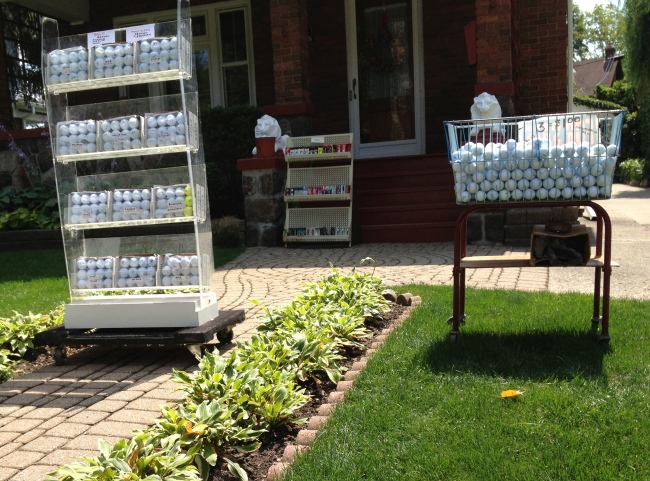 day after day, i see him sitting on his front porch, hours at a time, as i walk downtown and back. always perched between the 2 white lions, and looking over his little kingdom – a perfect, green lawn, mowed just so, with soldier-straight rows of plants and flowers – everything manicured and dead-headed and edged and aligned and watered and fertilized. he wears a polo shirt, 3 buttons done up, always the color of a sherbet, neatly tucked into his crisply-ironed and belted shorts, and on his feet are spotless white socks and shoes. i see his sign, carefully hand-printed – ‘3 golf balls for 1 dollar.’

he always nods and smiles as i walk by, a silent sentinel. one day, i walk up to meet him, to buy something, to ask him his story. he slowly approaches me, a bit shy, and tells me i can search the basket to find the ‘best ones’ and then just come back to the porch to tell him how many i have and he will trust me.

as i go up to the porch to pay him, i notice his mustache is as perfectly trimmed as his lawn. he’s an older man who carries a quiet and gentle pride about him. there is one leaf on his perfect lawn, showing his humanity.  he smiles with his eyes as he tells me he’s done this for a few years, won’t reveal how he gets the golf balls, or anything else about his interesting business, only that it’s his hobby. he lets me take a picture but doesn’t want me to use his name or his face.

i can see it’s his simple joy, and more important than any money he makes, it’s his way of keeping in touch with the world.  he values the conversations he has with people who stop by throughout the day. he has lived a full life and now is enjoying sitting quietly between the lions and watching the world unfold before his eyes.

It’s good sportsmanship to not pick up lost golf balls while they are still rolling.

all it takes is a few balloons, a length of police tape, local radio, a pop of color, and of course, a tent. people love a reason to flock together and create a festival out of most anything. 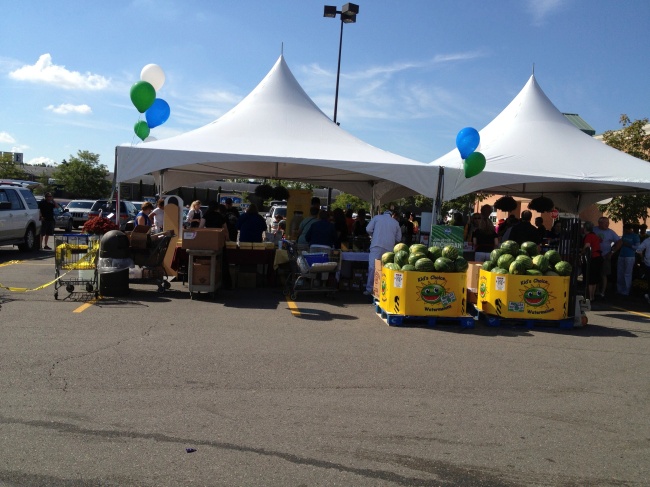 while stopping by my local grocery to pick up a few items, i once again found myself sucked into one of their parking lot extravaganzas. this time we were celebrating our state in all of it’s food and drink glory. combine watermelons, wine, granola, coffee, tortillas, and coupons and you have a state worthy of celebration. my check-out girl was absolutely giddy, anticipating her upcoming shift outside at the festival. embrace the cherries and jump on in!

as part of our fun day in the city, we took the babies to bill’s beergarten – local german-style social gathering spot, outside, and right in the hub of town. while there, they fully embraced the spirit of the environment. 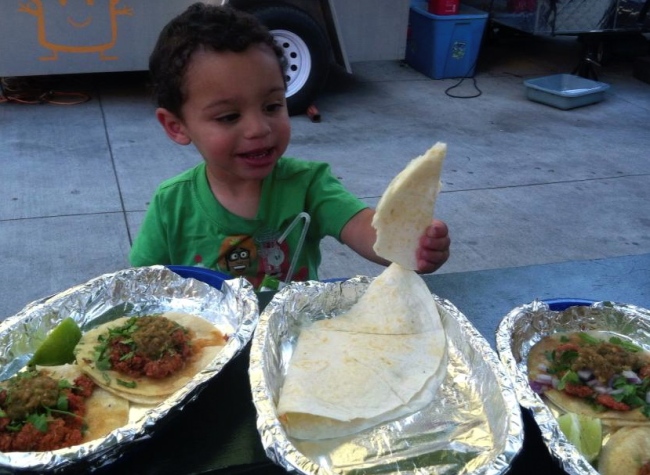 looking back, things must have been way too fun, as i got a call to pick up some things we’d left behind. nothing like the feeling the morning after, as i humbly returned to the scene to pick up my grandson’s sippy cup and bag of baby things.

now there’s a life lesson from your grandmother.

james – loyal and understanding employee of bill’s beergarten, (and advocate of the “what happens at bill’s, stays at bill’s” policy),  returns the goods with a laugh and a kind word.

I love the smell of juice boxes in the morning.  – Robert Duvall

bringing my world to you – ann arbor, mi, usa 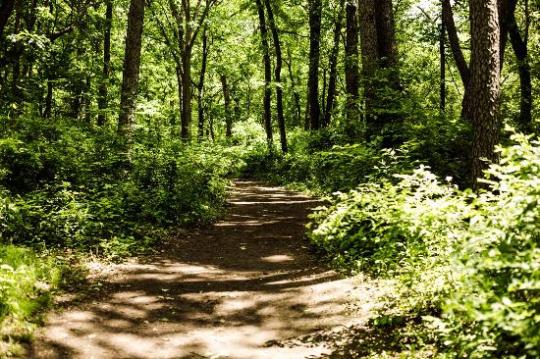 spent a beautiful day downtown, only to encounter a sweet and joyful wedding party on  bicycles. everyone was radiating happiness or perhaps it was the sweat glistening off of them, but no matter. and what wedding is not complete without a unicyclist in the mix, i ask you? 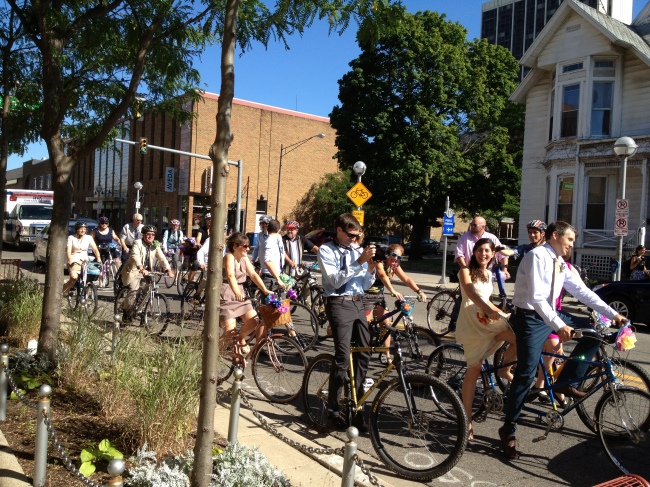 Love is composed of two bodies inhabiting a single bike. Me 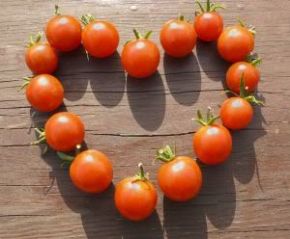 returning to school this week for a bit of professional development. gearing up for the return of my kinders in just a couple of weeks. had a case of ‘mistaken identity’ this morning that made it clear that i’m getting back into school mode.

reached into my purse, and this is what i expected to put on my lips:

instead, this is what i actually put on my lips:

cruising on woodward avenue as the sun goes down

it was wonderful to have once again attended the annual woodward avenue dream cruise in detroit, the motor city. home to the big 3 automakers. it’s the largest car cruise in all of north america, with cars driving from the river in downtown detroit, all the way to the north end of this historic avenue in pontiac.

there’s no need to know anything about cars or history to enjoy this event. here you’ll see every kind of vehicle imaginable: detroit muscle cars, famous cars, many rare classics, and more that are classics only in the owner’s eyes. all along the road, for many miles, will be people of every age and kind, sharing in the pure enjoyment of the day, with crazy events, creatures in costume, classic car-cruising food, and happiness, all coming together and spilling over onto the avenue.

on this day, differences are set aside and all the cities on the route, tv and radio stations, auto companies, people, and local businesses, work together to celebrate detroit’s heritage and its contributions to the world. even with all of detroit’s struggles, it’s so amazing to see people come together to celebrate each other and their city’s triumphs, and it shows their strength and refusal to give up, even through hard times. t’s always been one of the most open, happy, and pure celebratory events i’ve ever been lucky enough to be a part of, and i’m proud to say i’m from the motor city.

pre-cruise eve, teaching the kids how to play craps at their own mini-event

I know a lot about cars, man. I can look at any car’s headlights and tell you exactly which way it’s coming.  – Mitch Hedberg

Never have more children than you have car windows. Erma Bombeck

as i headed out to plant flowers in my little secret zen garden, tucked away behind the cottage where i live, i noticed that something was different.  here, in my quiet sanctuary, the place where i can put my feet up, read a good book, listen to music, light a candle, stare into space, share a quiet conversation, and enjoy a lovely glass of wine – something was missing.

just a couple of weeks ago, after my return from the southern hemisphere, i had put up a simple string of buddhist flags. the flags are not valuable, nor are they rare, they are simply to remind one of the simplicity of life, to be grateful, to offer hope, and to remain there until they unravel and wither away, once again returning back into the universe. symbolism does not get much more low key or simple than this.

it was at this moment, i realized that someone had stolen the flags from weathered fence, right in the midst of my tiny refuge. while it may have been the mischief-making squirrels and other woodland creatures that share the space with me, who were behind this caper, i highly doubted it, as they do not have the best fine motor skills, nor thumbs.  as for the wind, or other act of nature, the flags would have fallen within the confines of my fence,  or there would have been some remnant of them, had they had a violent run-in with mother nature,  which i deduced after surveying the surrounding area, using my c.s.i. skills.

this left one explanation. a human had come into my special place to heist the flags. i found this to be hilariously ironic and i had a good laugh standing there thinking about it. karma is a bitch, i thought. you must have needed them more than i did for some reason only known to yourself.  probably someone who ascribed to the buddhist approach to life would find a conflict with the very act of stealing, but perhaps they still had a bit more evolving to do. later, i walked back downtown to the himilayan store, to purchase another string of flags to replace them, hoping these ones would remain just a bit longer this time. 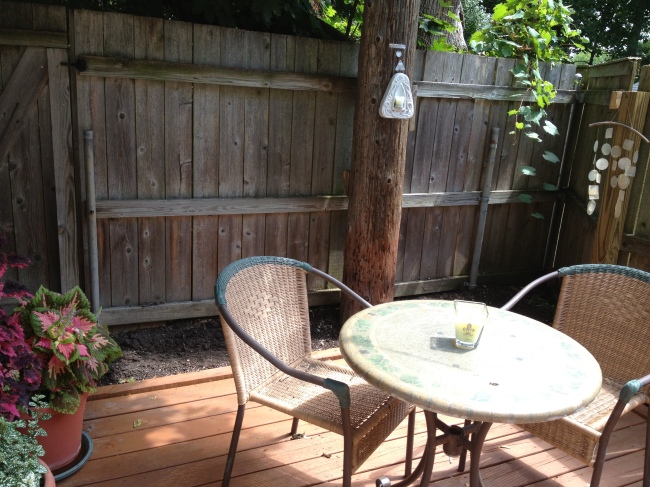 the scene of the crime, sans the flags

here are 3 wisemen, whom i admire, each with their own take on the situation:

Nothing is permanent.  ~ dalai lama

The robbed that smiles, steals something from the thief. – william shakespeare

Perhaps you should look at it differently. you have given a gift to the universe. -himilayan sherpa guy who owns the store