a day of ups and downs and ups again. began with the farmer’s market – flowers, fruits, veggies, jams, babies finding music there and dancing to live strings as the sun gleamed down. and then…. a car surprise – went from oil change in 15 minutes and 19 dollars, to front suspension in 2.5 hours and 838 dollars. threw in a free light bulb.  and then…..thai dinner – hot spicy fun and laughter and burning lips with friends, including our volleyball player in a cast ‘with a slight break/chip’. and then……ran into aut/out-fest, filled with rainbows, beads, italian ices and drag queens.  and then…..wandered into a wedding back at the scene of the morning farmers market, more music and beauty everywhere.  and then… a  bicycle built for 7.  full circle.  and then……. 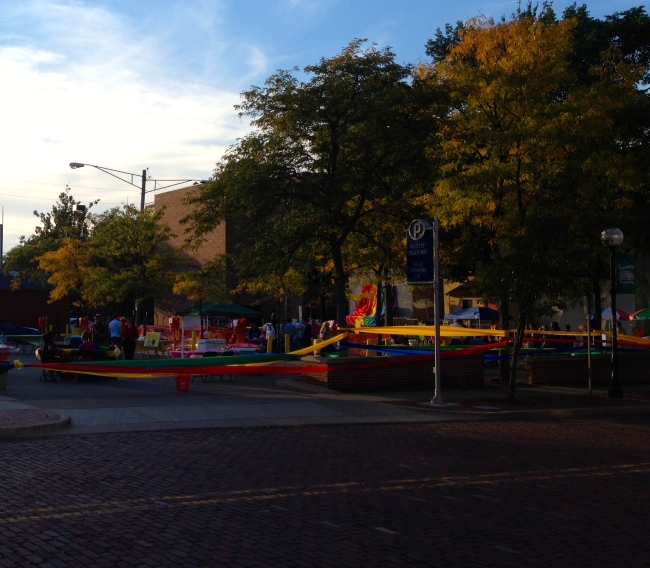 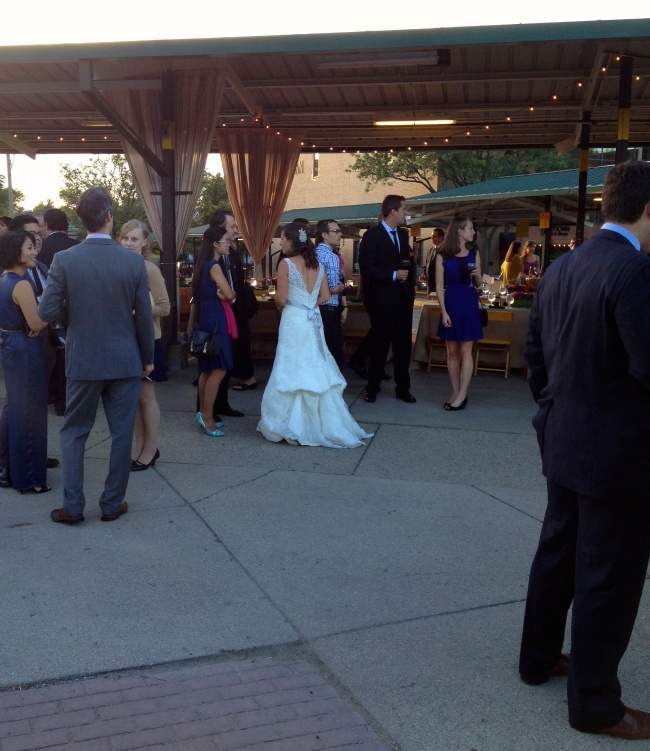 But then there are magical, beautiful things in the world.

There’s incredible acts of kindness and bravery, and in the most unlikely places, and it gives you hope.

in full-day kindergarten, every day is truly a treasure trove of wonder.  in the morning, we talk about the sound that the letter F makes.  children offer their own examples, things they are familiar with in their own lives: flower, frog, fruit. then, out of the crowd, a lone voice says above the rest, ‘funk.’ what was that?  ‘i said, ‘funk. funk starts with f!’ it does indeed, thank you so much for bringing a smile to your teachers’ faces and for bringing the funk back into our lives with so much enthusiasm. you never know where you’ll find the letter F, it could be just the beginning of such an exciting word, funk.

after a day filled with activity and learning and music, and most importantly, our afternoon nap, we set out on a hike through the woods and trails on campus. we took the binoculars we’d made out of empty toilet paper rolls and string, for a chance to see one of many birds we’d been talking about in the last couple of weeks.  along the way, we saw geese, swans, wrens, and jays.

suddenly, once again, a voice rang above the crowd. ‘ i saw jesus!!’. what? where? who is jesus?  the class had all sorts of questions, as they are a patchwork of cultures, religions, and backgrounds.  ‘in the bushes! i saw jesus!’  wow, hmmmmm…… maybe that’s why i never could be a part of organized religion. was i not seeing things clearly? i think not. but i guess some toilet paper roll binoculars are higher power than others. it was a day of funk and jesus. 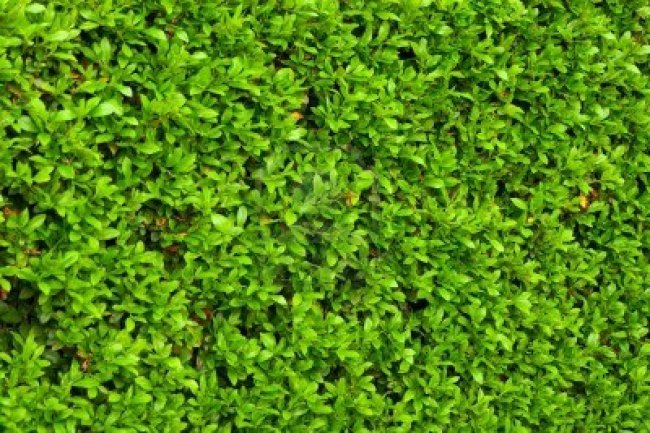 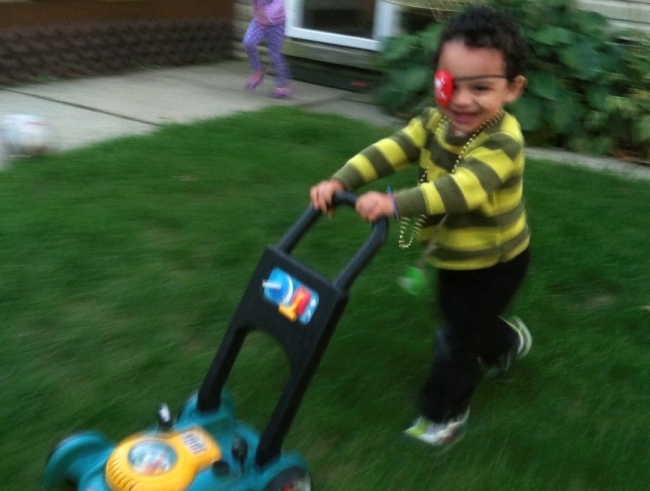 one last cut then fall 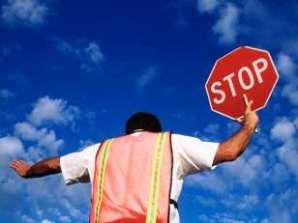 i am absolutely fascinated by one of the security people on my school campus. upon my first encounter with him, i immediately began referring to him as ‘dwight’, as he so reminded me of the character on the american sitcom, ‘the office’ who, when it came to the concept of security, was a bit overzealous to say the least. soon, other teachers began to believe this was his real name as i referred to him so often by that name, and over time, it just became a natural part of our school culture.

each day, my dwight stands at attention, across from my school, armed with his whistle and his stop sign, and a with tool belt full of ‘stuff’, like a benign batman, that really could not inflict any harm on any living thing, luckily.

he wears his neon vest, waiting to put his orange cones out, to deter drivers from turning left into the driveway once the clock has hit 7:30am on the dot, thus averting a potential ‘too many cars in the driveway circle at one time calamity.’  problem is, he is always a bit overexcited and tends to place his cones out a few minutes early on most days, inciting drivers to try to explain/outwit/go around him in this arena.

last year, he went after a teacher who violated his early cone placement, read her the riot act and tried give her a ‘citation’ of his own creation. (and what i wouldn’t give to have this in my possession). after this incident, he had a talk with his superiors and had his whistle taken away for a while.

and yet, the madness and mayhem continue. this week, ‘dwight’ abandoned his post, and literally chased down another teacher, while holding his stop sign, recently-returned whistle bouncing on his chest, tool belt accessories jingle-jangling, and vest flapping in the wind, for violating his wall of cones, and this was physically no easy task for him.

when he finally caught up with ‘the perp,’ they had a conversation about the exact time of his cone placement, and as he indignantly pulled his watch out of his pocket to prove his point, and as he was yelling about it having been 7:30, they both noticed it was actually only 7:31at this moment of confrontation. now, math is my weakest link, and i am no great detective by any means, but if i was to think backwards, and see how long it would have taken him to conduct his footchase, there is no conceivable way he could have reached his violator in 60 seconds. after some grumbling on both sides, they parted ways and once again, he returned to his post, ever vigilant, and watchful of any perceived wrongdoings.

after all this, i thought about him, and wondered what makes him so concerned with rules and order, and why he has such a strong need to enforce such things, when no actual harm or danger is involved. i’d like to find out his story, his given name, and while i can never move on from thinking of him as dwight, and while i admire him for caring and taking his job so seriously, i’m not all that certain he could save any of us in the case of some real danger, though i do feel he would always be watching, and perhaps run to find someone who could help, whistle bouncing, and in that way, he would at last be the hero he longs to be.

If I’d observed all the rules, I’d never have got anywhere. – Marilyn Monroe

Unfortunately _____ does not have his bag with him today. His sister vomited in the car on the way to school. His bag was one of the lucky ones that got hit. I’m sure he told you. My mom will be picking him up today at the bus stop.  Thanks so much!

2 kinders cross paths at the doorway of our little classroom bathroom – one coming in, one exiting.  the one exiting has pants down and is walking out like nothing is unusual and is on a sunday stroll in the park. one coming in yells out, ‘cover that up! no one needs to see your _____ (anatomically correct body part)!!’ – like a very bad day at the park. well said, little one.

I have as much privacy as a goldfish in a bowl.

i love everything about baby soccer. the babies, so cute in their jerseys, and shin guards and special shoes, are running up and down and off the field, looking for parents, saying hi to siblings and relatives who come to watch, stopping to pet a dog, following a shiny object, laying on the field crying,  shrieking occasionally, taking water breaks from the exhaustion of standing on a line, asking to go to the playground just over the fence, running for sudden bathroom breaks – the fun is endless. coach does his best, just trying to harness everyone into one area and make sure they have a shirt on. he is patient and kind and cares about his budding athletes. 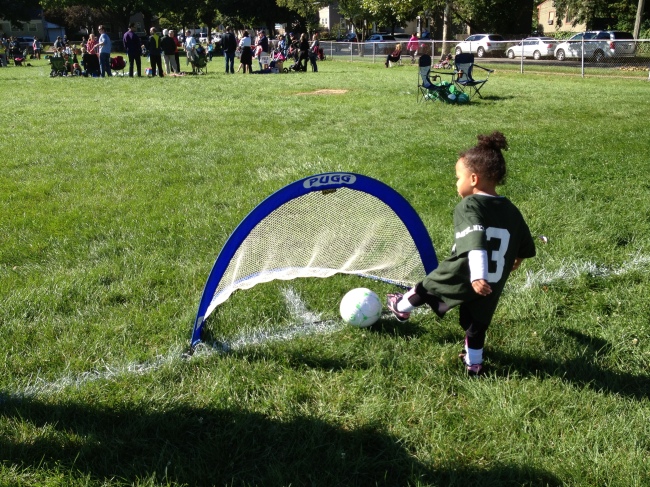 here, my grandbaby b scores a goal, and then the reactions come. she stares at it wondering what is going on, and other players respond accordingly; check for a boo-boo on a leg, hang on parents, turn their backs, stand and look down the field, and one even run towards her, after the fact. it is truly a sport unto it’s own. there is no ego, no celebration dance, just pure wonder. 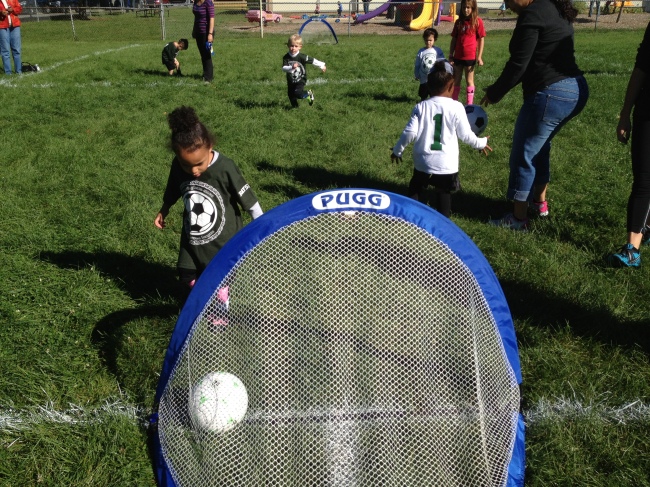 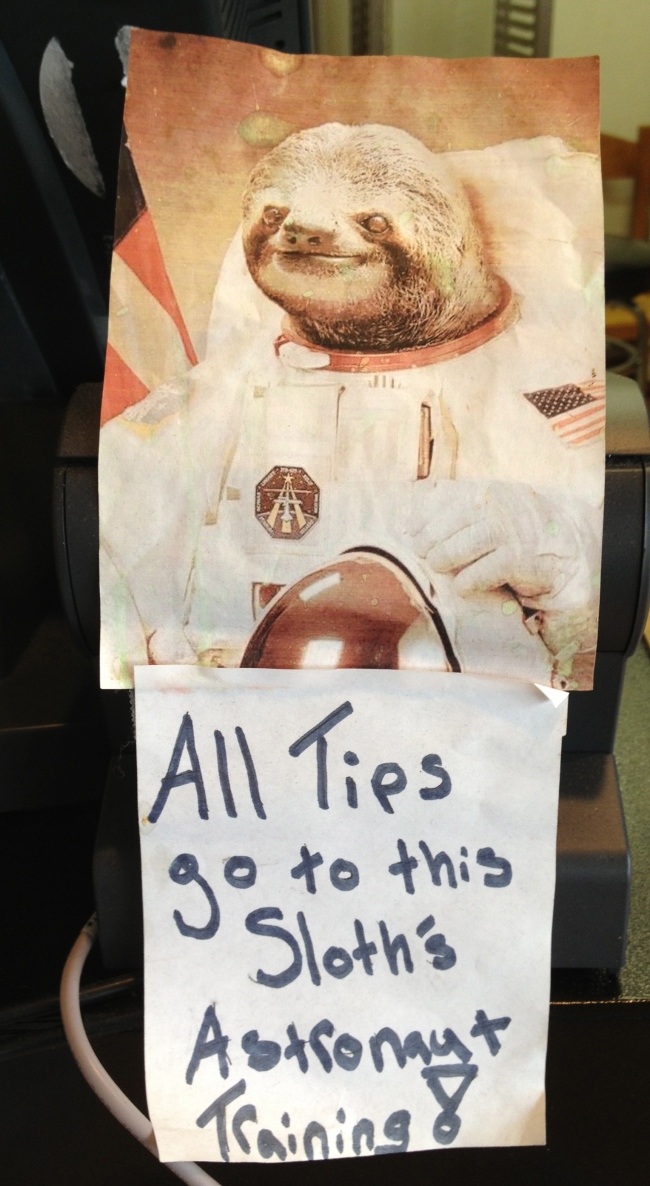 Tis not enough to help the feeble up, but to support them after.

first parent note of the year – love it.  school is in, bring it kindergarten!

stop crying, you are hurting my ‘ear-plums!’ – m

look to year ahead