“That’s right. I AM THE PUMPKIN KING!”

one of my favorite leading men/holiday movies ever. 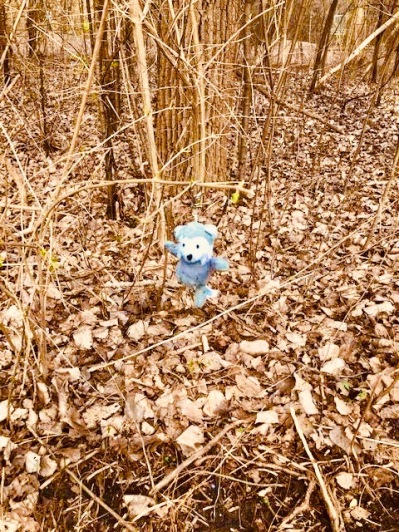 ran into this guy

i tried to remember

if i ever was

to meet a bear in the woods

leave it in the trees

for the child who left it behind

“he looked all alone

and so sad and so blue,

there’s a home here for you.”

an artist’s whimsical sense of humor comes into play after coming upon an unusual tree.

“to the artist there is never anything ugly in nature.”

“you’re never too old, too wacky, too wild, to pick up a book and read to a child.” 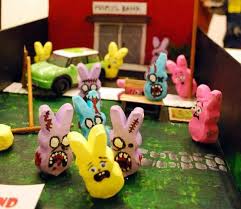 Zombie Peeps on the loose.

And now, from CNN – More pandemic fallout: No Peeps for Halloween, Christmas, and Valentine’s Day!

This year has given us yet another trick and one less treat. Just Born Confections, the company that produces Peeps, says its holiday-themed marshmallow treats will not be in Halloween candy bags this year — and they won’t be in stores for Christmas or Valentine’s Day, either. None of these Peeps will return to stores until Easter of 2021.

The company temporarily suspended the production of its candy brands in April to protect the health and safety of their employees during the coronavirus pandemic.They resumed limited production in May after making changes in their plant.

“This situation resulted in us having to make the difficult decision to forego production of our seasonal candies for Halloween, Christmas and Valentine’s Day in order to focus on meeting the expected overwhelming demand for Peeps for next Easter season, as well as our everyday candies,” according to the company’s statement. Before the pandemic, about 5.5 million Peeps were produced every day, roughly 2 billion a year.

“New Rule: Someone must x-ray my stomach to see if the Peeps I ate on Easter are still in there, intact and completely undigested. And I’m not talking about this past Easter. I’m talking about the last time I celebrated Easter, in 1962.”
― Bill Maher 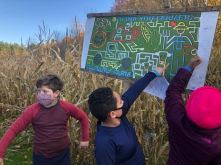 we found our way in and out of the corn maze

by following the grandies through the rows and fields

past the moon and the trees

saw their beautiful flight and landing 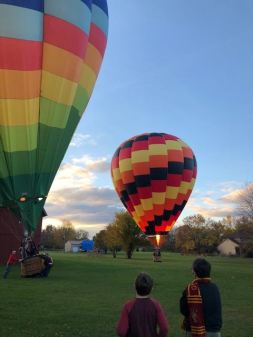 all on an afternoon spent among things raised from the earth.

“imagination is to love what gas is to the balloon-that which raises it from earth.”

one friend shares her flower with another

as a teacher of young children

i am always struck

by the natural way

that children connect with each other

with genuine kindness and kinship.

“anyone who takes time to be kind is beautiful.”

(asking for a friend)

Google unveiled a new search feature Thursday that lets users search for songs by humming a few bars, in an attempt to help you identify music. This is now part of Google’s mobile app and Google Assistant, where you can say “what’s this song?” (add a “Hey Google” first on Google Assistant) and then hum, whistle, or sing for 10 to 15 seconds. The results will include several probable songs, along with the search engine’s estimation of how likely it is that each is the one you’re looking for.

Google said the feature will be available first in English on Apple’s iOS and in over 20 languages on Google’s Android mobile platform. Users don’t need to have perfect pitch in order to get the feature to work, according to Google.

Hum-to-search isn’t a brand new idea, though it is new to Google. Like many of Google’s search offerings, the feature uses machine learning: Essentially, software analyzes the tune you hum (or sing or whistle), turning it into a sequence of digits that can then be compared with tons of digitized songs to find a few that appear similar. The company has been working on using artificial intelligence for music recognition for a number of years.

The feature may be in high demand:  Google’s vice president who introduced it during Google’s streamed event on Thursday, said people ask Google “what song is playing” nearly 100 million times each month.

“but you make me sing like a guitar humming…”