(similar to a typical group I saw running into target today)

just a few days to go before christmas

in the lower peninsula of michigan

the shorts, the sandals, the sunglasses, the smiles

the coats stay behind

we are a hardy lot.

and here we go, marching straight into the corn.

“the future is an ever-shifting maze of possibilities until it becomes the present.”

an exciting and  cost-effective option

the adventurous sweets eaters of the world

inside the dam candy store

“does the walker choose the path, or the path the walker?”
― garth nix

a summer evening by the lake in glen arbor, michigan

“after every storm the sun will smile;

for every problem there is a solution,

and the soul’s indefeasible duty is to be of good cheer.” 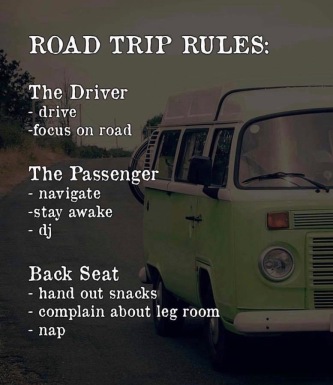 I am the driver

the back seat descriptor.

whenever I’ve visited my friends’ lake house in the irish hills of michigan, there has never been a shortage of lakes and trees to be enjoyed. on one recent visit they took me on a walk through a very special place that I’d been wanting to see since hearing about it. at first impression it appears to be a beautiful, rolling, wide open natural space, but there is much more to it than first meets the eye. 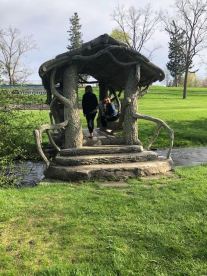 once known as aiden lair, and now known as mccourtie park, it was formerly the 42-acre estate of herb mccourtie, a cement magnate. its trademark is its concrete bridges artistically handcrafted to resemble wooden structures. a visionary who loved architecture for art’s sake, mccourtie showed the versatility and beauty of the product he manufactured in 17 bridges that he commissioned to be created on his property using the 19th-century lost art of “el trabajo rustico” (the rustic work) in faux bois (imitation wood).

for more than 10 years, two mexican artists, george cardoso and ralph corona, created the bridges that span the creek on the property, as well as two concrete trees that cleverly hide the chimneys to his rathskeller. the bridges were individually created from wet mortar to resemble ropes and logs simulating native trees, such as oak, walnut, cherry, birch and beech. the intricate details include knots, insect holes, saw cuts, wood grain and even moss, lichen and beetle holes. an elaborate system of underground wires provided lights on and under some of the bridges. in addition, he created two huge pools, one for use as a swimming pool and the other as a fishing pond for his guests’ enjoyment.

(stills hidden in the cement ‘trees’ mixed among the natural trees)

throughout its history, the park has been the subject of rumors and legends. mccourtie’s rathskeller, which features a large bar, fieldstone fireplace, and vault, is rumored to have been a speakeasy during prohibition and a stopping point for al capone and other gangsters who bootlegged whiskey from chicago to detroit on U.S. 12.

it’s also been rumored that there are tunnels under the park property that served as stations for runaway southern slaves on the underground railroad. some people have reported sightings of a ghostly “lady in blue” strolling the grounds in old-fashioned clothing.

“prohibition has made nothing but trouble.”

I didn't have my glasses on….
Blog at WordPress.com.