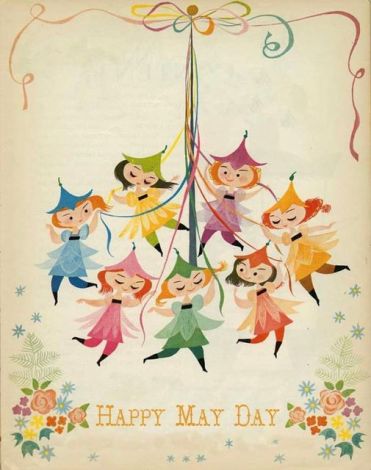 yes it was yesterday, i think they may have over-celebrated and lost count.

the soft stars are shining,

the moon is alight;

the folk of the forest

is the song that they sing:

they float and sway

as they dance in a ring.

o seek not to find them,

the wee folk so fair;

they’re shy as the swallow

and swift as the air:

if you come, they are gone

now is this isn’t a sure sign of spring, i don’t know what is…

“spring makes its own statement,

so loud and clear that the gardener seems to be only one of his instruments,

Art credit: Margaret Tarrant – The Fairy Troupe / Spring’s Flowery Cloak. Circa 1920s painting. A female sprite with a blue cloak shepherds tiny fairies and elves, each carrying a spring flower, through the undergrowth. Published by the Medici Society. 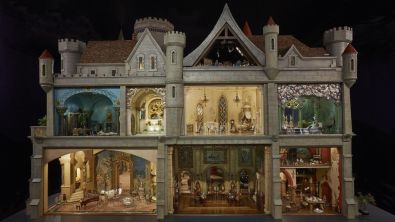 the holy grail for me, as a great admirer of fairy houses, i finally had the chance to see

at the museum of science and industry in chicago

Silent film star Colleen Moore was always fascinated by dolls and doll houses. She owned several elaborate doll houses as a child, but later in life her father, Charles Morrison, suggested that she should pursue her passion for miniatures and doll houses by creating the “doll house” of her dreams. Her position as a popular actress in Hollywood gave her the resources to produce a miniature home of fantastic proportions. Beginning in 1928, Moore enlisted the help of many talented professionals to help her realize her vision.

Horace Jackson, an architect and set designer who worked for First National Studios, created the floor plan and layout of the castle with the basic idea that “the architecture must have no sense of reality. We must invent a structure that is everybody’s conception of an enchanted castle.

Moore also enlisted the help of art director and interior designer Harold Grieve. Grieve had designed the interiors for Moore’s actual mansion, so he was a natural to create the interiors of her fantasy castle.

In 1935 Colleen Moore’s child-like fascination with her Fairy Castle was transformed by the Great Depression into a passion for helping children. She organized a national tour of the Fairy Castle to raise money for children’s charities. The tour stopped in most major cities of the United States and was often exhibited in the toy departments of prominent department stores. A brochure from The Fair in Chicago promotes it: “A museum in itself—it awaits you—starting November 15th in our Eighth Floor Toyland. You will want to see it again and again.” The tour was a huge success and raised more than $650,000 between 1935 and 1939.

Coming “Home” to the Museum

In 1949 Major Lenox Lohr, director of the Museum of Science and Industry, convinced Colleen Moore to have the Fairy Castle make one final journey. She described their encounter as follows: “When I was seated next to Major Lohr at a dinner recently in the directors’ coach at the Chicago Railroad fair, he mentioned the doll house while we were having soup, and by the time dessert was served, he had the doll house!”

Millions of guests have enjoyed their visit to the castle since it first arrived at the Museum, and it remains a timeless reminder of the imagination, ingenuity and craftsmanship of cultures and artisans all over the world.

“a dream Is a wish your heart makes”

the kinder created a new house for the fairies

after their old house broke apart

and they had nowhere to live.

they created the house in his artistic style

and placed it in the garden

where beautiful flowers were just beginning to bloom.

“life itself is an art form” 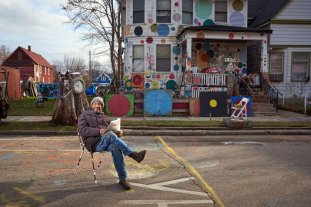 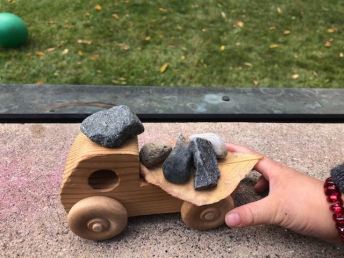 going to a very special place:

the fairy house in our school garden.

they will be so happy. 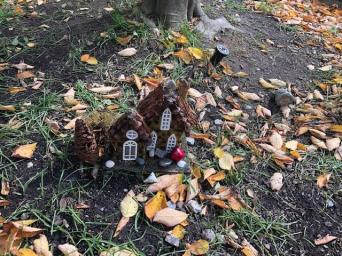 “find happiness by delivering it” 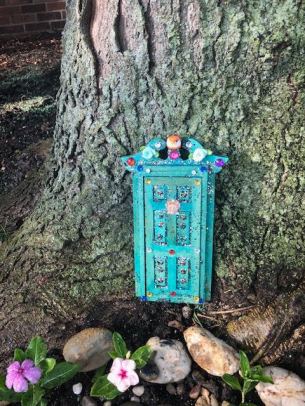 in the first spring

spent at my home

a door is decorated

shells and stones and treasures and glittery things

leaving room for more to come

the fairies are welcome

to visit and stay at their leisure 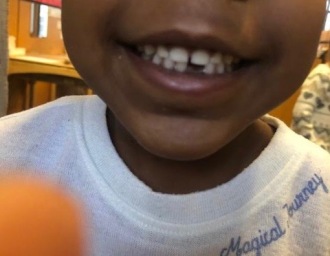 “i still believe in santa, the easter bunny, the tooth fairy, and true love.

don’t even try to tell me different.”

I spent some time this morning

creating the beginnings of a fairy village

in the front garden

of a friend’s little girl

who liked to come and visit my garden

when she got home

she discovered the surprise

saw the fairies had moved in

right in her very own front yard

and gave it her full endorsement

“the whole point of life was you couldn’t ever be sure what would happen next.

sometimes what happened was good, sometimes not,

but there were always surprises.”

a sword at rest found among the garden

“i believe in everything until it’s disproved.

so i believe in fairies, the myths, dragons.

it all exists, even if it’s in your mind.

who’s to say that dreams and nightmares

aren’t as real as the here and now?”

“Frost grows on the window glass,

Breathe on the glass, and you give frost more ammunition.

Now it can build castles and cities and whole ice continents with your breath’s vapor.

In a few blinks you can almost see the winter fairies moving in . . .

But first, you hear the crackle of their wings.”