Refugee Who Paints With a Toothbrush Nominated for Prestigious Art Prize: “My Message Is Love” 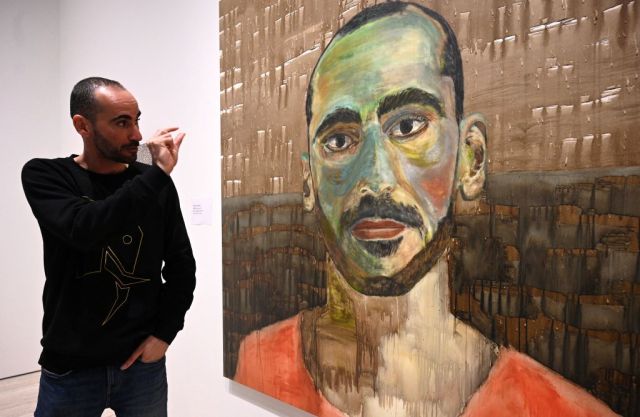 For artist Mostafa “Moz” Azimitabar, no paintbrush is as special as the humble toothbrush

Facing persecution in his birth country of Iran, the Kurdish artist and musician fled to Australia in 2013. Once there, he was entered into the immigration system and would spend the next eight years in detention centers. At his first stop, an offshore camp on Manus Island, Papua New Guinea, Azimitabar turned to art to cope with his emotions.

“I asked one of the officers on Manus: ‘Can I have some paint?’… I would like to do some artwork because I don’t want to give up’,” he recalled. The guard refused his request, citing safety concerns. Azimitabar returned to his shared room, frustrated, but refusing to let it go. The reality of his situation forced him to get even more creative. He decided to work with what he had — in this case, coffee and a toothbrush.

“I don’t know what happened … that moment was so special for me. I grabbed the toothbrush and I put it in the coffee and I just dragged it (on some paper),” he said, calling it a “moment of victory.” He continued to experiment with the technique throughout his detainment. “Art and painting helped me to be strong, to continue. Because when I paint, I don’t feel any trauma.”

Then, another moment of victory came over a year after his release in 2021: He was named a finalist for the Archibald Prize, one of Australia’s most prestigious art awards, worth over $70,000. His painting, one of 52 chosen from over 800 submissions, was created using a toothbrush, coffee, and acrylics on canvas. It’s titled “KNS088,” the number the Australian government issued him during his years in detention.

“The message of my painting is love. We are all one family, connected by our humanity.” 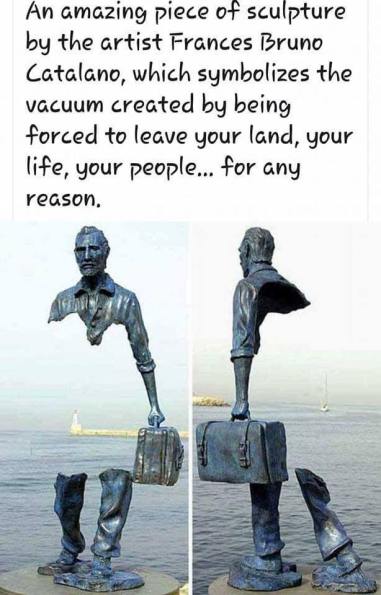 Commemorating Marseille’s status as the European Capital of Culture in 2013, Bruno Catalano created 10 life-size, bronze sculptures to be displayed along the waterfront. Titled “Les Voyageurs” (The Travelers), these surrealist sculptures, depict people with huge portions of their bodies missing. Seeming to defy gravity, the ethereal quality of the work contrasts the melancholy, existential themes of the art.

Born in 1960 to a Sicilian family living in Morocco and raised in France, Catalano became a sailor in his twenties. This nomadic lifestyle was a major inspiration for his work as an artist. The sculptures of Bruno Catalano, especially, Les Voyageurs show this influence. They delve into themes of travel, migration and journeying. Themes extend into exploring the ideas of home, belonging, loss and the experiences of a “world citizen”. Each statue carries a single suitcase, weighing them down, but also serving as their only means of support. Fascinating technically, artistically, and in its symbolism, the large omissions in the statues leave much to the imagination. Some figures appear to be fading away, while others materialize before our eyes. Contrary to the opinion that travel broadens and enriches, Catalano lamented that all his travels left him feeling that a part of [him] was gone and will never come back. ‘Fragments’ makes full use of this ethereal effect with three sculptures broken down to create one unit. The man looks fragile and delicately held together, losing more and more of himself till only his feet and bag remain.

“life is made of so many partings welded together.
-charles dickens

“the most important thing on earth is for all of us to make this sentence true:

compassion is what people do.” 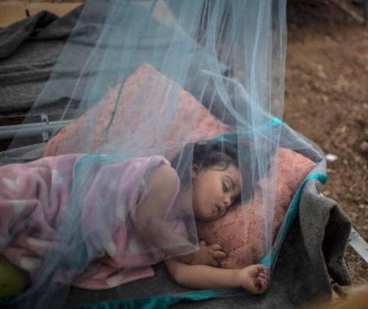 This image took my breath away, in it I’m sure we all recognize a hundred faces of our own nieces, daughters and little friends. How refugee children sleep in Europe in 2018…. I wish for her a warm bed with the softest blankets and a princess netting just because it’s pretty, not to keep out hundreds of mosquitoes, and a nightlight in the shape of the moon. All of these things inside a safe and happy home. A garden and toys to play with, a school to go to. Just the normal and most basic rights for any child. – m. graeve

‘compassion brings us to a stop, and for a moment we rise above ourselves.’