“america is a tune. it must be sung together.”

In honor of Indigenous Peoples Day

Equity and justice are at the center of our city’s critical principles. In that light, we’d like to take a moment to honor the geographic and historic space we share. We acknowledge that the land the City of Ann Arbor occupies is the ancestral, traditional, and contemporary lands of the Anishinaabeg – (including Odawa, Ojibwe and Boodewadomi) and Wyandot peoples. We further acknowledge that our City stands, like almost all property in the United States, on lands obtained, generally in unconscionable ways, from indigenous peoples. The taking of this land was formalized by the Treaty of Detroit in 1807. Knowing where we live, work, study, and recreate does not change the past, but a thorough understanding of the ongoing consequences of this past can empower us in our work to create a future that supports human flourishing and justice for all individuals.

Lake Michigan is named after the Ojibwe word “mishigami” which means “large water” or “large lake.”

“man belongs to the earth, the earth does not belong to man.” 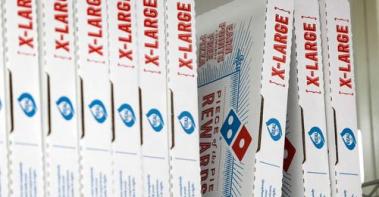 Italy rejects Domino’s pizza, chain will close all its restaurants there.

No, not New Jersey or New York.

Domino’s is leaving pizza’s birthplace because of the poor reception from locals. The Ann Arbor-based company recently announced plans to close the last of its 29 locations in Italy according to Bloomberg.

The popular U.S. pizza chain debuted in Italy in 2015 through a franchising agreement with ePizza SpA.

Domino’s originally planned to open 880 locations in the country, but competition from local pizza shops curbed those plans. According to Bloomberg, one way traditional Italian pizzerias combated Domino’s presence was by ramping up deliveries and signing deals with third-party delivery services during the pandemic.

“We attribute the issue to the significantly increased level of competition in the food delivery market with both organized chains and ‘mom & pop’ restaurants delivering food, to service and restaurants reopening post pandemic and consumers out and about with revenge spending,” ePizza SpA said in a report to investors.

Quotes from locals in Italy:

“Who is Domino? Do you know him?

So they wanted to take pizza to where it was invented?!”

“No point in opening it,

Like me going to England and making fish and chips.”

“I submit to you…novantanove formaggio! The ninety-nine cheese pizza.”

fyi – the term ‘pizza’ was first recorded in the 10th century in a latin manuscript from the southern italian town of gata in lazio, on the border of campania.

“yours has the suffering been, the memory shall be ours.”

“human kindness has never weakened the stamina or softened the figure of a free people.

a nation does not have to be cruel to be tough.” 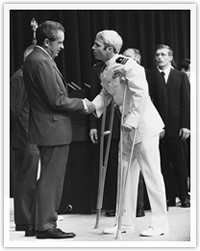 after McCain was released by the North Vietnamese in 1973

after more than five years as a prisoner of war.

a maverick in the truest sense of the word

“I’ve tried to serve our country honorably. I’ve made mistakes, but I hope my love for America will be weighed favorably against them. I’ve often observed that I am the luckiest person on Earth. I feel that way even now, as I prepare for the end of my life. I’ve loved my life, all of it. I’ve had experiences, adventures, friendships, enough for 10 satisfying lives, and I am so thankful. Like most people, I have regrets. But I would not trade a day of my life in good or bad times for the best day of anybody else’s.”

“a hero is someone who understands the responsibility that comes with his freedom.” bob dylan