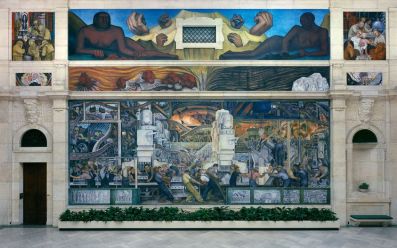 This week marks the anniversary of the debut of Diego Rivera’s “Detroit Industry Murals” in 1933.
Rivera’s work is a monumental 27-panel mural at the Detroit Institute of Arts
that portrays the geological, technological, and human history of Detroit.
I have visited these murals since I was a young child and I never fail to be amazed.
—

Explore what makes “Detroit Industry Murals” a masterpiece in this episode of Bank of America‘s “Masterpiece Moment.” 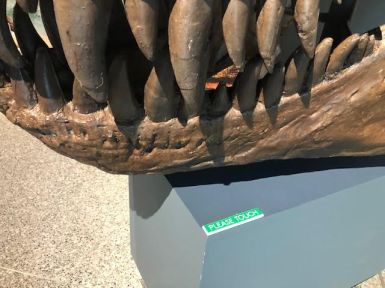 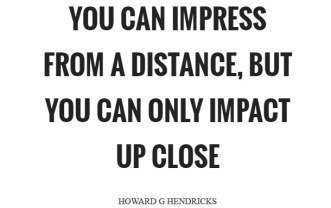 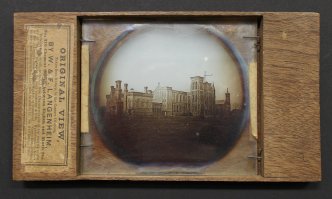 The Smithsonian was officially created on August 10, 1846,

and one of the first things on the to-do list was constructing a building.

The 1850 glass lantern slide above

is the earliest-known photo of the Smithsonian Institution Building,

known as the Castle, and the only image of it under construction. 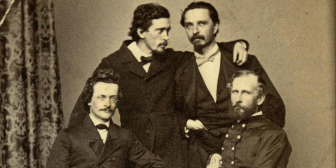 Stimpson named the group the Megatherium Club, after the giant extinct sloth that once roamed South America. Over the years, the club developed somewhat of a rambunctious reputation among neighbors (they were known to drink beer late at night, and had sack races down the Castle halls). They called themselves “great beasts,” much like the sloth that they named themselves after.

Despite their mischief, these men were a dedicated group of naturalists, and we owe them a great deal for contribution their descriptions, classifications and specimens to American science, the Smithsonian, and many other institutions in the U.S.

“science doesn’t have all the answers,

but it is good at spotting the important questions

when they are camouflaged against a background of common sense.”