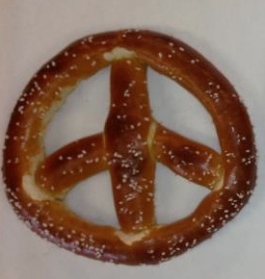 2 customers came in and ordered pretzels from a chain store located in the mall. after they left, one noticed she had been given the wrong dipping sauce. when they returned to the store, they were told they would have to pay for a new dip because they had eaten part of the other one. they began arguing and later told police an employee had thrown nacho cheese dip at them. one of the women and a mall cop were hit in the face and chest with nacho cheese. the women then tried to climb over the counter, a ‘scuffle’ broke out, and the nacho cheese machine was knocked over and broke.

in response to this incident, the company offered a ‘free dipping sauce day’  at all of its 12 locations in an effort to make things right after the brawl. the ceo of the company issued an apology and traveled to the store to provide ‘extensive guest service training’ to its employees to ensure a similar situation would not occur again.