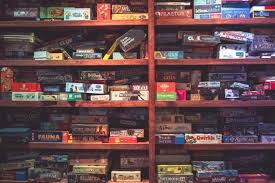 mental floss has reached into their incredible research bag of treasures

to share some board games that may have had their time

but alas, have not remained classics.

below are a few gems and i’m not saying i wouldn’t want to play them,

i am a huge fan of board games of all kinds –

Aside from Parker Brothers, few board game manufacturers have come close to Milton Bradley’s track record: Millions of players across multiple generations have put in serious time playing Twister, Yahtzee, The Game of Life, and Battleship.

But while games like Simon and Connect Four have kept up brand appearances over the decades, it’s possible that founder Milton Bradley might have flinched at some of the other titles that bear his name.

The mythical woodland creature experienced a considerable amount of attention in the 1970s, including an encounter with Steve Austin on The Six Million-Dollar Man. (Andre the Giant was cast in the fur suit.) A famous and non-copyrightable beast made a perfect premise for a game in which players assumed the roles of Alaskan gold prospectors who roll dice while trying to avoid the “footprints” made by the monster. Although Bigfoot looks affable enough on the game box, his plastic game piece  appears to be anything but. 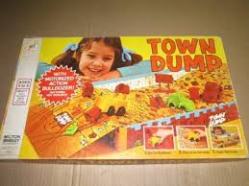 It’s never too early to get a child used to playing with garbage. In this game, two players take turns winding up a miniature bulldozer that propels itself through pieces of trash and pushes them out of the way. The object appears to be to clear waste out of your dump and into your rival’s property, which imparts a valuable lesson: Let your discarded trash become someone else’s problem. 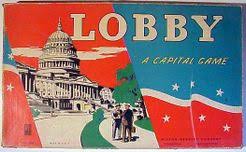 “Here’s your chance to be a congressman! You can pass all your favorite bills and lobby against those you oppose.” Milton Bradley felt confident a game of governmental regulations and lobbying would be a hit with anyone “old enough to read a newspaper.”

“Life is more fun if you play games.”
― Roald Dahl,