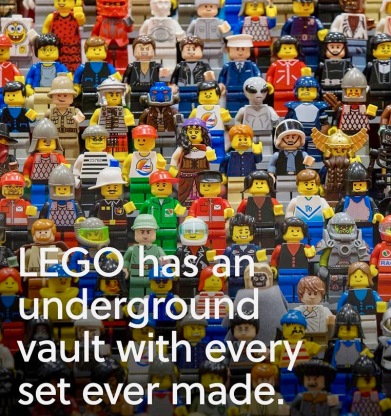 good to know i will never have to worry

an alien, a couple of vikings, a mongolian warrior, and sponge bob

included in the mix.

“the sound a box of lego makes is the noise of a child’s mind working,

looking for the right piece.

– grayson perry, playing to the gallery

dropped off the family entries

there were so many good ones to see

some were quickly assembled

some took many hours and days to create

some made by children, some by adults,

some made by both working together

but it was the one above that really caught my eye

it was beautiful because

it was clearly made by someone

out of pure love

created by ivy, a preschooler

who knew how to write their letters

“every block of stone has a statue inside it

and it is the task of the sculptor to discover it.”

LEGO bricks may not come in floral prints or white wicker textures, but that hasn’t stopped golden girls enthusiasts from making their desire to see dorothy, rose, blanche, sophia—and yes, even stan—turned into tiny plastic playthings.

as part of the LEGO Ideas initiative, in which fans submit and vote on each other’s proposals for new LEGO sets, samuel hatmaker (a “lifelong LEGO fan who works in product development and marketing and goes by the handle lostsleep) has put forth a proposal for a mashup that would reconstruct the foyer, living room, and kitchen of the ladies’ fictional florida bachelorette pad. but with a quirky, fourth wall-breaking touch: the house would be constructed as a television set, with one wall removed.

even with 343 days left to go in the voting process, The golden girls lego set has already gotten the thumbs up from 10,000 supporters—the total number needed in order for LEGO to take the idea seriously.

next up is a LEGO Review, in which a team of designers and marketers evaluate its viability in the marketplace. if that goes well, the product goes into production to be sold around the world, with the creator earning both royalties and bragging rights.

“i have re-created many classic scenes from the show,” hatmaker explains, “including a visit from burt reynolds, rose shooting blanche’s vase, dorothy playing ‘grab that dough,’ and rose rescuing her teddy bear from a mean little girl.” clearly, the details of this proposed play set are in the hands of a true aficionado. which means that he did not forget the cheesecake.