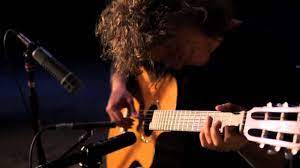 We’re all familiar with the sense of wonder and joy we experience when we hear a song or piece of music we love, but there’s something even more magical about hearing that song performed live. Although many artists offered streamed performances online during the pandemic, these didn’t quite leave us with the same enchanted feelings as concerts. So what makes live music different? Columbia associate music professor Mariusz Kozak explains why live music is so powerful.

Live music allows us to experience what philosopher Alfred Schütz called a “mutual tuning-in.” This term refers to the phenomenon where we experience the passage of time and emotions with others. This is part of the reason humans need social interaction to thrive. When we attend a concert, we’re experiencing the tone of the music—fast, slow, happy, sad—with others around us. This creates a sense of intimacy with the crowd around us. This is also why research shows that babies who are bounced in time to music with an adult display more altruism towards that person.

This pleasurable effect gained from synchronizing with those around us is what makes live music and dance so powerful. Although most people probably relate to this feeling when remembering their favorite concert, this feeling is not limited to conventional music. It can also be experienced through collective visual synchronization. In the deaf community, facial gestures and movements are to convey emotions in music performance. The collective interpretation of the emotions behind these facial gestures also promotes a sense of unity.

The Blackfeet in North America use the same word to refer to music, dance, and ceremony, indicating the essential role of gathering to fully appreciate the benefits of music. Close friends can even experience this synchronization when walking or talking together.

Experiencing music in the presence of others cultivates a feeling of unity and empathy within us which exceeds anything we could experience by ourselves. As we head back to in-person concerts and relish this feeling once again, know that the true power of the music you’re hearing might not come from the artist, but in fact your fellow concert goers. 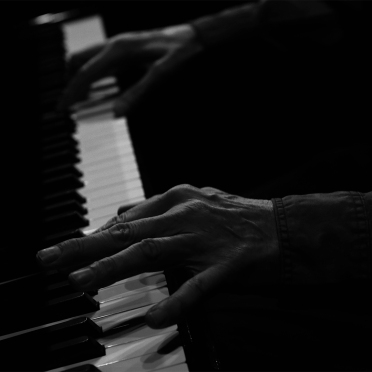 every kind of music and performance

by my favorite pianist

whose song ‘thanksgiving’ i heard for the very first time

having no idea who it was or what the song was

being very moved by it

not knowing if i’d ever hear it again

when driving back home

an unexpected gift from my host

on which he was a featured artist playing that very song.

“music is the divine way to tell beautiful, poetic things to the heart.”

while out on a walk

“the banjo is truly an american instrument,

and it captures something about our past.”

this photo, by Annie Leibovitz, was one of Ella’s favorites.

happy birthday to Ella, the queen of jazz.

‘one chord is fine.

two chords are pushing it.

three chords and you’re into jazz.”

‘playing guitars for your warmth’

“music brings a warm glow to my vision,

thawing mind and muscle from their endless wintering.”

– haruki murakami , author – hard boiled wonderland and the end of the world 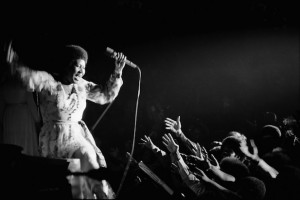 aretha performs ‘spirit in the dark’ at the fillmore west – 1971

motown and the whole world will miss you. 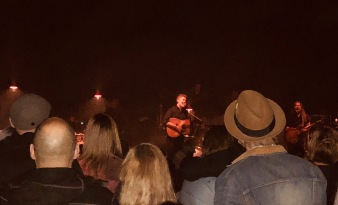 i so enjoyed irish musician

one of my absolute favorites

you may remember him from the indie film ‘once’

for his surprise academy award for best song that year

for his heartfelt, passionate, and powerful music

or perhaps not at all

but on this night

he told the stories behind each of his songs

invited detroit musicians up on stage with him

sang a traditional irish song with his entire crew

giving each a chance to shine

asked the audience to sing with him

and graciously thanked all for being a part of this night

i’ve seen him with his band ‘the frames’

and with his partner as the ‘swell season’ duet

with a mix of irish, canadian, and american musicians

all playing as one

and i was amazed all over again.

“music is a higher revelation than all wisdom and philosophy.”

below is a live version of a song (fitzcaraldo)

that he performed in ireland with the frames,

definitely worth 6 minutes of your life.

hang in there until the end. 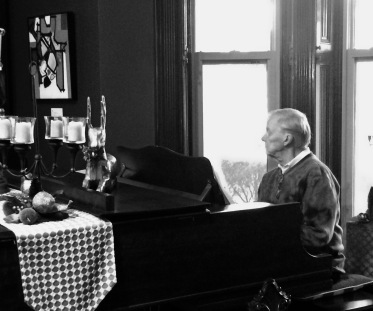 in our getaway spot we are graced with

our own private phantom of the opera.

“musicians don’t retire; they stop when there’s no more music in them.”

a quiet night with beautiful music in ann arbor.

“music is the silence between the notes.”