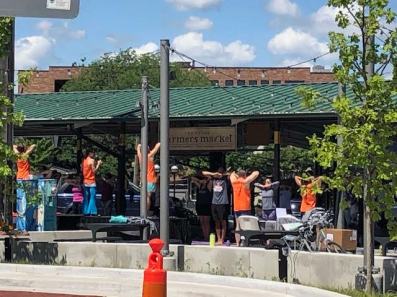 morning yoga at the farmers’ market.

what I passed as I drove by

on my way to get bagels.

it’s all about balance.

in the morning light.

other days it’s drinking a latte

and eating a chocolate chip bagel

while wearing the yoga pants you woke up in.

“extremes are easy. strive for balance.”

If you want to incorporate quality time with animals into your yoga practice, you have a lot of options these days. There’s puppy yoga, cat yoga, and perhaps the most famous — goat yoga. Now, in Fairbanks, Alaska, there’s a new offering: a yoga class with fauna particular to the cold northern climes of the subarctic. Reindeer.

In a grassy pen at the Running Reindeer Ranch, adult and baby reindeer are milling around — grazing, nosing curiously at water bottles, and pawing yoga mats as people shake them out for class.The air is buzzing with mosquitoes, and the sky is threatening rain, but a good two dozen or so people have shown up for this petting zoo and exercise experience.

The reindeer yoga class is a brand new offering for the ranch — it’s only the third class. They usually give natural history walking tours with the animals. Jane Atkinson, one of the owners, does yoga herself. She thinks that reindeer are particularly well-suited to it. They’re twisty creatures — especially in the springtime when their antlers are growing and itchy, and they scratch them with their back hooves.

“So you’ll see the reindeer getting into these amazing poses,” she says, “and it’s like wow … look at this little yoga move that they do!”

One of Atkinson’s employees at the ranch, Elsa Janney, happens to also be a yoga instructor.She starts the class with a safety talk — things like, don’t touch the reindeer’s sensitive antlers because it could hurt them.

From there, much of the class follows a typical yoga class script. But there is some extra stuff mixed in, like what Janney says after she asks the class to pay attention to the sounds around them.

“Reindeer make a click when they walk,” she says. “That is a ligament connected to two different ankle bones. That is unique to both caribou and reindeer.” At the start of class, most of the reindeer are standing up or slowly wandering around the mats.

But as the class goes on, one by one they all lie down. Rocket, an elegant male reindeer, spreads out between the first and second rows and spends most of the class making a soft, breathy, grunting sound — like snoring.

The whole thing is pretty surreal. There’s a lot of giggling. Especially when one of the reindeer relieves itself on the grass.

And Diana Saverin says that trying to maintain focus was part of the workout.”As the rain came down, the mosquitoes buzzed, and the reindeer snored, it was like, can you stay with your breath?” she says, laughing. “It’s good hard work.”

“reindeer are not only for children;

they are for grandmothers fond of watching the moon.” 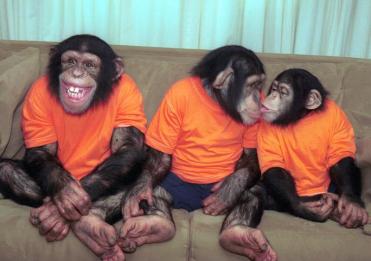 the early days of laugh yoga.

i recently received an email

from a local group looking for members

(some of you may remember the ventriloquist’s group who tried to recruit me?)

well, this group is into laughter yoga therapy.

all i could think of was the memory

of my mother in assisted living

one of the only verbal (and opinionated)

people in her group.

one day when i was visiting

a therapist came in

telling them they were going to try a new thing:

she rolled her eyes but went along

“that was the stupidest thing i’ve ever done.”

but her comment gave more than one of us a very good laugh.

The Concept of Laughter Yoga is based on the scientific fact that the body cannot differentiate between fake and real laughter~ Everyone wants health and happiness in their lives. But instead they are getting stressed out , depressed, getting less sleep, more negative thoughts and feeling isolated. Does this sound like you? Are you someone who wants to move on and bring more laughter and joy into…

“if people never did silly things nothing intelligent would ever get done.” 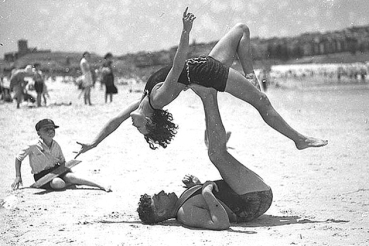 i began a yoga class this summer

with an friendly group:

rambo with the headband,

the woman about to give birth on the mat,

the woman with lots of extra stuff,

and a smattering of others

all kinds of interesting

with a lyrical whisper voice

stay in synch with the others

all while relaxing and clearing my mind.

i’m getting there, and as my generous teacher said,

“at least you’re going one inch further each time.”

well, there you go

according to this math

“blessed are the flexible, for they shall not be bent out of shape.”
– author unknown

after a lively yoga session, the kinders rest.

sometimes the most important thing in a whole day

is the rest we take between two deep breaths. 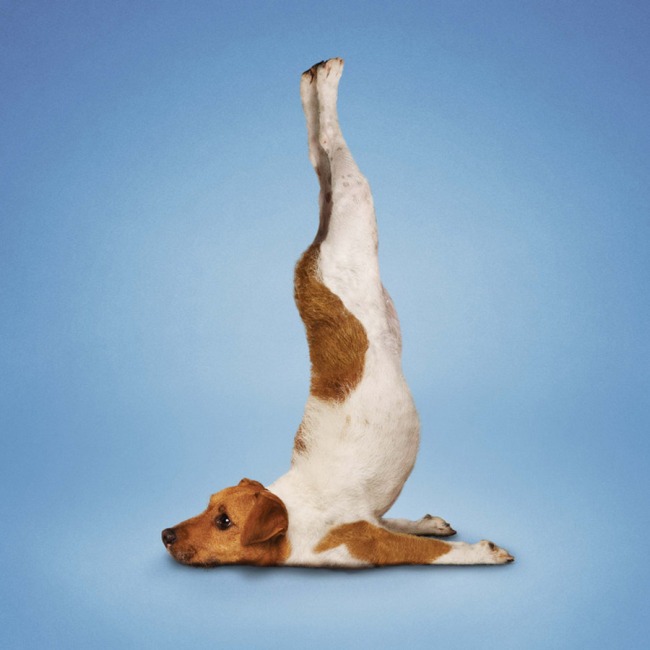 Nia is a sensory-based movement practice that draws from martial arts, dance arts and healing arts. It empowers people of all shapes and sizes by connecting the body, mind, emotions and spirit. Classes are taken barefoot to soul-stirring music in more than 45 countries.

talked my daughter into taking this class with me. assured her it would be great, low-key, fun, we would just blend in, (i have a history of having stamina, enthusiasm and strength, though not a lick of coordination, and she detests being the center of attention), and i stressed that it would be a relaxing, bonding experience for us, all while getting in great shape.

the class started out slow, with a challenging set of movements and stretches and new-agey music, then i heard someone talking about the ‘good auras’ they were seeing and chakras all around, and it was on!  there were all sorts of interpretive dance moves and exercises happening – people twirling, gliding, karate-chopping, leaping. my daughter glanced over at me, we both were smiling, though she had the look of ‘really, what next, are you kidding?’ on her face. i believe i may have seen an eye-roll as well.

at this point, i’m going to go out on a limb and guess that it all took a final bad turn for her when our trainer announced that we would ‘each act out our day with a dance,’ and she had chosen my daughter to go first and to solo. i felt the glare, a bit more intense than kryptonite, coming towards me, and i did my best to avoid any eye-contact. soon after, she blurted out, ‘how am i supposed to do this?! i have had a hell on earth day, i’m in the construction business – dealing with historical commissions, zoning boards, sub-contractors, neighborhood councils, city council, requests for bribes, and an incompetent supplier!?’

she did a little twirl, the trainer and the rest of the class clapped for her, and that was the last move of our nia experience together. i believe some people’s chakras may have been thrown off a bit.