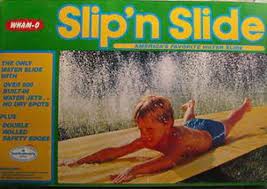 in this heat wave

thinking back to the time

when i decided to

slip ‘n slide with my daughters

zoomed up to it

ready to slide for miles

balked at the last second

slammin’ instead of slidin’

didn’t end up cooled down and filled with joy

did end up concussed and filled with regrets.

“you always say, ‘i’ll quit when i start to slide,’ and then one morning you wake up and realize you’ve done slid.”

when hanging outside with a couple of my grandies,

we talked as they worked on creating pictures

i thought it would be a good time to tell them about my cat, olive

who loves to pounce on the jigsaw puzzles on my table

when she finds me in the midst of them

as i pretended to be olive, bouncing my hand on the table

i apparently was a little too into my role

when i hit the table

we all froze for a few seconds

after noticing that all of their hard work

had just been destroyed in the course of my acting.

that life can be so instantly funny sometimes.

“the more you find out about the world, the more opportunities there are to laugh at it.”

with the return of the beautiful weather

to also return to shorter pants and smooth legs

in my enthusiastic state

no need for directions

no need for glasses

i quickly replaced the blade cartridge in my razor

tried it, and nothing.

i had put it on upside down

fixing it and turning it the right way

was to go in the opposite direction

shaving from ankle to knee

i noticed some blood

is not quite as efficient and gentle

as i had imagined

then there was even more blood

i had my little pony bandaids at the ready

patched up all my places that needed patching

set off for my walk

luckily i am not a barber.

“education is when you read the fine print. experience is what you get if you don’t.”

“just because I’m a lady doesn’t mean that I cannot handle myself in a sticky situation.”

– Rarity the Little Pony from the “Dog and Pony Episode”

when the coffee falls

right as everything is ready

waiting to be poured

soon to be sipped

so you laugh or cry or both.

“The coffee was never served. It boiled over, spattered them all,

and wet a costly tablecloth and the baroness’s dress.

But it served the end that was desired for it gave rise to many jests and merry peals of laughter.” 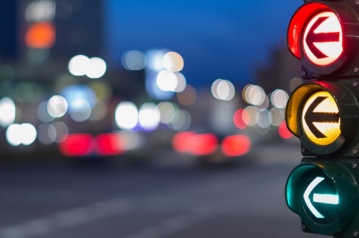 along the way on my weekday drive

there is often a traffic mishap or accident

and if I begin to worry about being late

or get annoyed by the hold up

i think about how the person/people involved must feel

how their life instantly changed in that moment

they were just having an ordinary day

leaving for a vacation

going to a celebration

i’ve got no room to complain

nothing to worry about

puts it all right back into perspective

so i listen to my music and sit with my gratitude.

“since human wisdom cannot secure us from accidents,

it is the greatest effort of reason to bear them well. “

that the man who was installing my wood flooring

showed up at my house

on the second day of work

telling me how he had helped his friend

take down a dying tree in his yard

only to be knocked out cold and hit in the ribs

by a wayward giant branch

a piece of wood

that did not fall into place as planned.

I suggested he take the day off

to go to the doc or for some r&r

to come back and finish

whenever he felt better.

glad he took me up on my offer

and left for the day.

shows something about his work ethic

that he showed up

the very next day

prepared to work as hard as ever.

it’s not the worst thing that’s ever happened to me.

lots of people have it a lot worse.”

“as you slide down the banister of life,

may all the splinters be going in the right direction.” 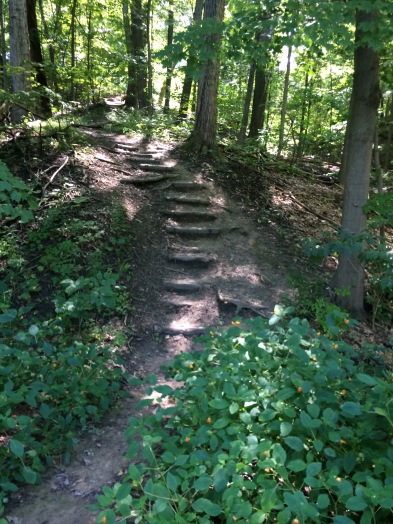 i parked along a beautiful winding road

to find this unmarked path

winding its way in switchbacks

all the way up to the top of this park

with natural steps made of roots and branches

and proceeded to climb

in my new shoes

it was my first time out in them

and quickly found that

i was not yet used to the extra bit of shoe

lots of near misses

until i finally really tripped on a large tree root

and found myself sliding

all the way back down to the bottom of the hill

i’m sure i yelled out something

near the beautiful road

where a cyclist happened to be riding by

who stopped to see if i was okay

i stood up once more

and used my giant paddle feet to climb again

none the worse for wear

and i am happy that i was not hiking in the grand canyon.

“here at the fountain’s sliding foot, / or at some fruit tree’s mossy root, /

casting the body’s vest aside, / my soul into the boughs does glide.”

(not me, just a low-budget re-enactor)

the garage door opener guy came over to check it out

it was going to need to be replaced

it was quickly wearing out and about done.

with that, he disconnected it

told me that i would acquire new muscles

opening and closing it by hand each day

until i got a new opener system.

as it so often does.

as  i was headed out for the day

i grabbed the door to close it

four fingers of my hand

i yelled out and quickly sprung into action

used my other hand to open it back up

fueled by superhuman (sort of) strength and adrenaline

it was being painfully crushed by an angry gorilla.

i saw myself in a precarious position

with no time to waste

that was wedged between boulders in order to save his own life.

(james, before he sprung into action)

once i freed my hand

i surveyed the damage

but all parts still there

i drove with one hand to the home improvement store

walked to the back

found a wonderfully friendly worker who turned and said

“follow me to the wall and i hope i won’t be moving too fast.”

to which i replied:

“well, you do have an advantage.”

“really? i am in a wheelchair and you are walking on two legs.”

didn’t think of that.

put my little mishap into perspective.

he turned and smiled and said:

and that was it

we talked about his kids and school and teaching and accidents

the new stuff is ordered and the guys will be here this week to put it all in.

in the scheme of things

not like the time i broke my toe dancing in the house and kicked the bathroom door when leaping.

or the time i sprained my foot playing family extreme badminton barefoot.

when i was trying to pull out the beaters and it was still plugged in.

but i’m thinking i should maybe ask for a pocket knife for mother’s day.

*disclaimer: this blog post was written with my ‘other hand’ and i am not responsible for errors.

“they’re funny things, accidents. you never have them till you’re having them.”
― a.a. milne

“it pays to be obvious,

especially if you have a reputation for subtlety.”

Fairfield, Conn. — A man in southwestern Connecticut who mistakenly bought the wrong lottery ticket is $30,000 wealthier.

Bob Sabo, of Easton, says he didn’t want to wait in line to buy a lottery ticket at the Super Stop & Shop in Fairfield, so he decided to buy a ticket from a lottery vending machine — something he had previously never done.

Sabo says he meant to buy two $20 tickets, but says *he didn’t have his glasses on and instead bought a $30 ticket. When he got home, he discovered the ticket was a winner.

*(and he is clearly my kindred spirit)