happy easter to those both near and far

hoping we can gather together again before too long

“bunny slippers remind me of who i am. you can’t get a swelled head if you wear bunny slippers. you can’t lose your sense of perspective and start acting like a star or a rich lady if you keep on wearing bunny slippers. besides, bunny slippers give me confidence because they are so jaunty. they make a statement; they say, “nothing in the world does to me can ever get me so down that i can’t be silly and frivolous.”

In the municipal center of Newport Beach, California, sits a local oddity that is equal parts controversial, cuddly, adorable, and absurd.

The sculpture, dubbed “Bunnyhenge,” consists of 14 large white bunnies arranged in a circle, with two even larger 8-foot-tall bunnies found nearby. While these oversized stone bunnies sit stoically staring at each other with their colorful beady eyes, the town around them has become divided over their existence.

When it was first installed in 2013, the sculpture was initially very popular, especially with children (creepy as some others may find a circle of giant bunnies to be). But the public artwork also cost the city $221,000, or nearly $14,000 per bunny, which outraged many residents. One candidate for city council—who was later elected—even declared that “we need to blow up the bunnies!”

Despite the threats, the bunnies have made it nearly five years, and can still be found strangely and stoically gathered in the park by City Hall.

including the ‘max and ruby series’ 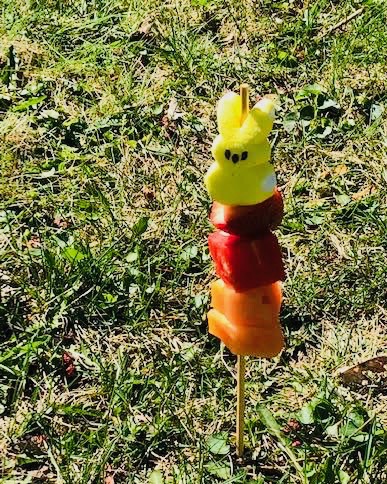 is it any surprise at all that this fruity treat

was completely ignored and left standing all alone

after the chocolate egg hunt surrounding it?

“when it comes to chocolate, resistance is futile.”

“don’t put all of your eggs in one basket”

if chocolate melts onto your fingers

happy holidays to all

all on a sunday picnic at the zoo with the family.

“color is the fruit of life.”

this may or may not be me in my easter finest.

“a recipe is a story that ends with a good meal.” 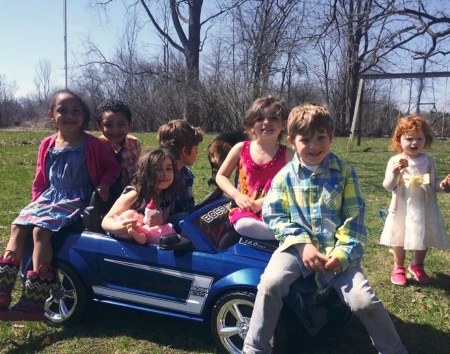 a carload and more of grandies,

a sweet niece, baron the dog, and a family of ducklings

inventing the day as they go. 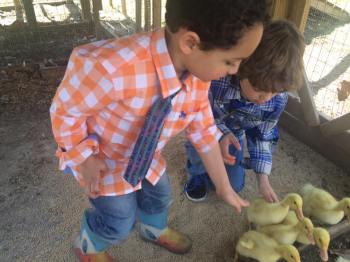 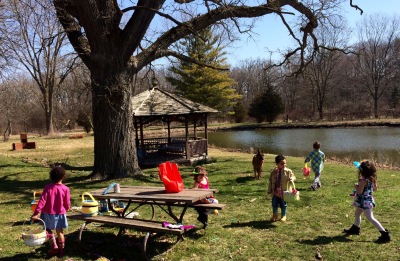 —
“some of the secret joys of living

are not found by rushing from point A to point B,

but by inventing some imaginary letters along the way. “

~douglas pagels: These Are the Gifts I’d Like to Give to You

happy easter and peace to all

kindness has no religion. it is like an open sky.
– amit ray